You are not paid to code; you are paid to create solutions.

The Clean Architecture was coined by Uncle Bob almost 20 years ago. It is independent of platforms, frameworks, databases, or UI. It is testable. It’s a way of life (ok, software life). Sound good?

If you have an hour to spare for learning, I highly suggest watching this lecture called The Principles of Clean Architecture by Uncle Bob Martin (skip to 10:00 if you don’t want the biology lesson, although still interesting):

A Thing About Screaming Architecture

Regarding project structure, let’s first get the feature vs. type debate out the way. The application should scream what it does without any IDE or explanation at all. Anyone should be able to open up the file system and know exactly what the application does. Take a look at the two apps below:

In the first app, all it tells me is that it’s an MVC project and has something to do with products and users. Why do I have to know MVC to figure out what it does? I have to compile and run it in my mind to figure out what it does. What’s worse, I have to expand all the folders to start investigating. In a complex app, imagine hundreds of controllers or views polluting your eyes. Maintaining and debugging are nightmare too, jumping back and forth between folders is like a game of ping pong.

Another way to look at it is would you rather organize drawers by just throwing everything into three drawers, or is it better to have several small well-defined and well-labeled drawers?

The Anatomy of the Clean Architecture

There are actually many variations and flavours of the Clean Architecture. You’ve probably heard of VIPER or Clean Swift. When you jump into other platforms like Android or .NET, there even exists more flavours. The one I will show you in this post was heavily inspired by Clean Swift. I put my own spin to it after battle-testing it and maintaining it across several teams, platforms, and environments.

To get started, we have to get some terminology out the way. Below are a list of components in the architecture:

The core pieces of the architecture is the Controller, Interactor, and Presenter. The important thing to notice is that it has a uni-directional flow! This tremendously reduces complexity and makes it easy to manage. Since a picture is worth a thousand words, I have summed up the entire architecture in a single diagram:

Follow the flow below to understand how the architecture works:

Also notice the architecture is cross-platform. It doesn’t care that the view is served by an iOS app, Android app, web browser, or even a REST API endpoint. Once it gets past the view, everything should be identical across platforms. In fact, an iOS and Android app can be eerily similar with just the Storyboard vs Layout being the difference. Even the iOS UIViewController and Android Activity code would almost be identical except for the binding logic. This makes collaboration and bug fixing tight between teams! 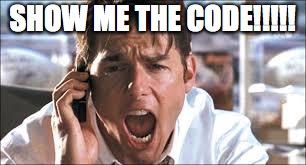 It’s time to see how this plays out in code. We can do this by first examining the protocols that is the blueprint for a use case; this is important so the boundaries are defined and components are decoupled:

Here’s what happens when the controller loads via viewDidLoad: interactor.fetchProducts > presenter.presentFetchedProducts > controller.displayFetchedProducts. Do you see it yet? The cycle is there. Let’s take another look…

The fetchProducts function in the interactor calls the injected productsWorker (DI was left out for clarity, see my other post Swifty Dependency Injection for that topic). Underneath, it will call the appropriate storage, whether it be Core Data, Realm, or even a file system… the architecture doesn’t care and could be swapped out without affecting the cycle! When the data returns from the data storage asynchronously, it will wrap it in a response model and send it to the presenter:

The models are encapsulated in an enum and are only relevant to its own use case. You do not cross boundaries without being wrapped in one of the models:

Finally the router in case the controller has to send the user to another use case:

The Clean Architecture is flexible, scalable, and maintainable. Although it is more verbose than other architecture designs, it is necessary so components are not tightly coupled. That means everything must reference each other by its protocol, not its concrete types. And when crossing boundaries, data must be wrapped in request / response models, or again components will be coupled. In a future post, I will discuss how to unit test the whole stack.

See a working example of this Clean Architecture to try it out for yourself.

The launch of this blog was inspired from uncovering the joys, pains, and realities of Swift mobile development. Many of the posts dissect open-source apps and other real-world projects. Thank you for coming along for the journey; I hope you find it as fun and exciting as I do!